Due to a problem with spammers the rules for posting in the forums have changed for new users.

Newly registered users won't have their posts published until a moderator approves them.

1) Even though the LR launcher shows 1920x1080 @ 144 Hz as 32bit display option the game only runs at locked 60 both in menu and ingame. Is the game hardcoded to 60 frames or am I missing some setting in the launcher / dgvoodoo wrapper? I disabled Forced VSync in both the Glide and DirectX setting but that doesn't help

2) When firing single shots my weapon has exactly as many shots as are in the magazine before reloading. However when magdumping the ammo counter can be seen glitching and incrementing in between shots. If I hold the trigger down on a G36 with 100rnd CMag I easily get more than 150 shots out of it before having to reload. Is this an inherent bug in Swat or something that is maybe caused by my game refresh rate not matching up with the setting it's supposed to run at?
Example video: streamable.com/0vcdp0

Completely unrelated question(s): Is it normal AI behavior to treat open doors (both fully opened and mid-opening animation), closed doors with window inserts and certain wooden edges of doorframes as fully transparent? They appear to prefire noticably earlier around some doorframes, and when trying to peek them from the glas window of a door they seem to instantly shoot through the door as if it was already opened/nonexistent
According to what I've read about the AI time settings so far, is it correct to assume that dialing them to 20ms (combined with Hard difficulty setting) gives the most difficult opponents?

Any chance you can do a test and temporarily disable dgVoodoo? I am just curious if it is Swat 3 or dgVoodoo that is the limiting factor.

2) Good question. Unfortunately I have no idea for the answer. I still run at an embarrasing 60hz due to the fact that I read 144hz can lead to screen tearing on some monitors. I hate screen tearing so never was adventerous enough.     I have never done a test with the equipment screen open and watched the ammo counter.   Want me try to replicate this with my 60hz machine?

3) You are more observant than I. Copy-Cat has done some experimenting with AI so perhaps he or someone else can respond. 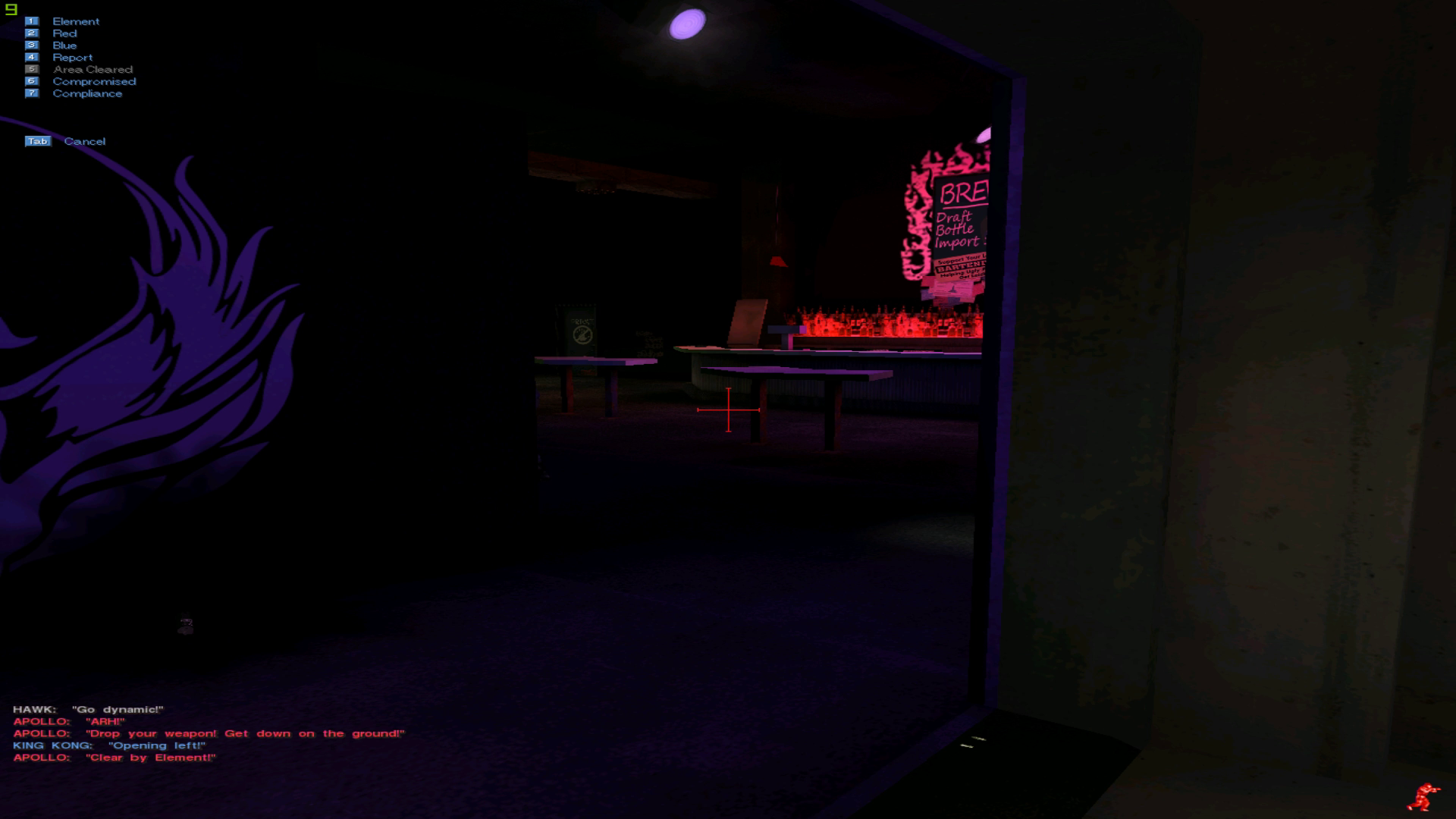 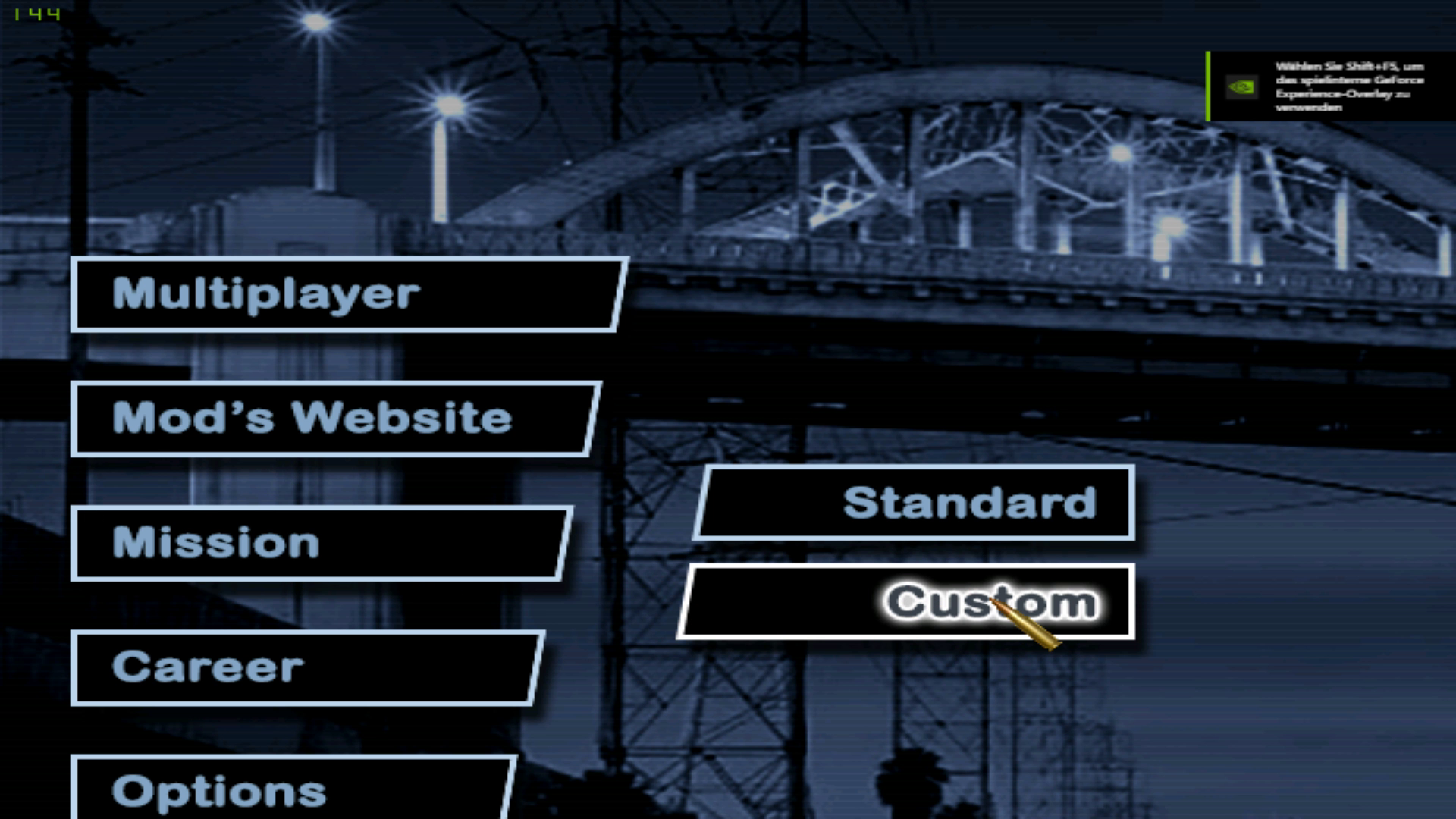 In this this PCGamingWiki entry  it says that no fps cap exists, so I would assume it's dgVoodoo limiting the framerate somehow. I have checked the config file of dgVoodoo and there doesn't appear to be any value or even mention of framerate

Want me try to replicate this with my 60hz machine?

Sure thing, it's not that critical but I was mainly wondering if it was an inherent Swat3 bug or part of my mismatched framerate.
I also have never experienced noticable screen tearing on games that run 144fps, in fact you can even use vsync most of the time (as long as it's properly implemented and doesn't cut FPS down to 72 when it drops below 144) without getting any input lag. The increased framerate is especially helpful in fast moving games like shooters and racing games

Less More
10 months 1 week ago #2176 by Slippery Jim
Replied by Slippery Jim on topic Framerate and magazine size
When you removed dgVoodoo you probably got an error about not being able to set a certain 2D size. Before you remove dgVoodoo switch back to 800x600 with the Last Resort launcher, start up the game, exit it once you are on main menu.

Now you can remove dgVoodoo for your tests.

Swat 3 gets confused about resolution. You basically have to reset everything back to the standard 800x600.

Less More
10 months 1 week ago - 10 months 1 week ago #2178 by Hawk24
Replied by Hawk24 on topic Framerate and magazine size
Ok yeah, that fixed the menu aspect ratio. But result is still the same:
144fps in menu, so the game itself isn't locked to 60
10 fps ingame, since no wrapper is active

I made a post about a potential fix last night - hoping it fixes your issue.

There are some issues with the item menu causing slow down, but using the hotkeys is a great way around that.

Be sure to set your DGVoodoo2 wrapper to windowed on the 'General' tab, with the scaling set to 'Stretched, keep aspect ratio'. Check the 'Enumerate refresh rates' box, and under the DirectX tab set the resolution to '1920 x 1080 144hz'.

Let me know if it fixes... Setting it up can be a bit finnicky.

Less More
10 months 1 week ago #2183 by Hawk24
Replied by Hawk24 on topic Framerate and magazine size
Nice one, that did the trick. Buttery smooth 144fps unless I either open the weapon selection (40fps) or enable picture-in-picture (100fps)
Thanks!